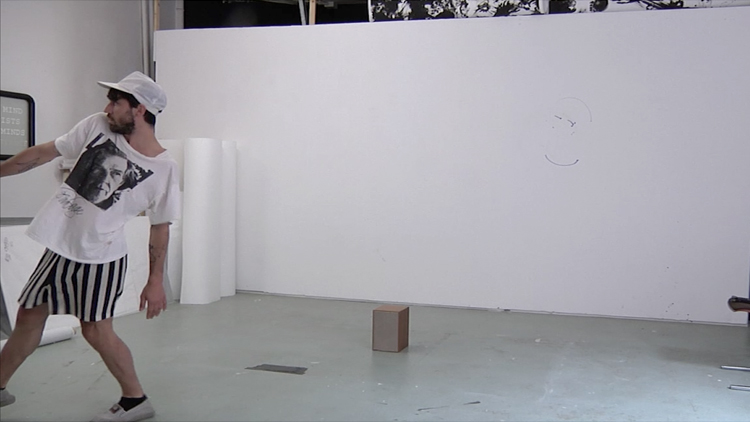 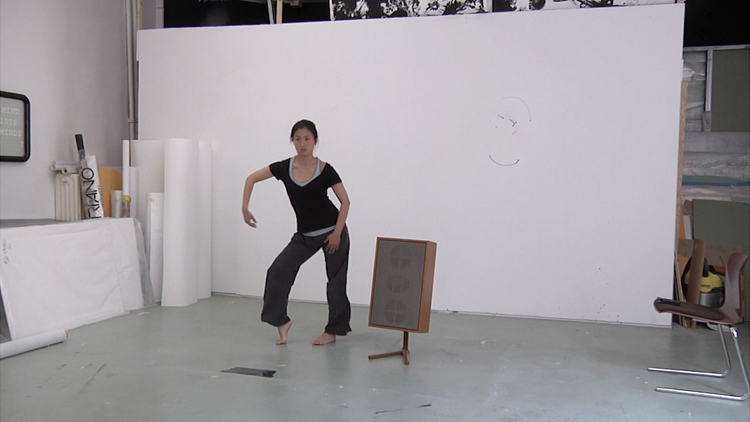 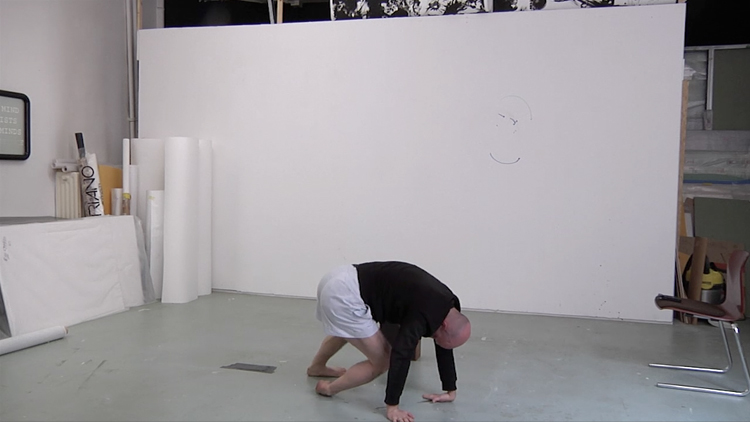 In my work The Infinite Replay of Ones Own Self-destruction, 2012-2013, one speaker of a pair of speakers is destroyed with the tools usually used to make works in the studio. This sound of its own unmaking is recorded and then installed into the remaining analogue speaker. This then becomes the audio file that each dancer is asked to listen to, interpret and remember.

Each dancer first listened to a speaker playing an embedded recording of the sounds of its mate's destruction. They then improvised the noise in such a way that a memory residue would be left in their mind's ear and their bodies' musculature. This would be important for the later rendition in which they would dance together without the aid of external sound, having to perform simply to the memory inside their head. 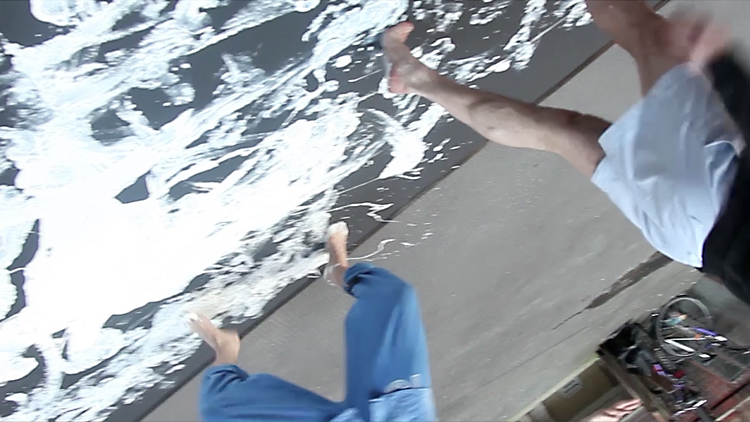 Armed with the memory of a specific speaker which they had just performed all seven dancers congregated on a large 10 meter by 2.1 meter piece of canvas painted black. They found their place on the canvas and without provocation began to dance to the noise they heard inside their heads. They were encouraged to get white paint on their toes and feet with which they left traces of their movement.