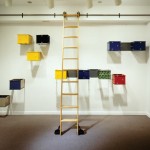 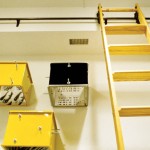 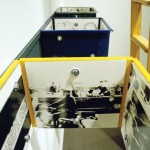 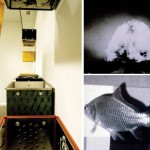 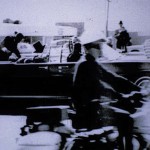 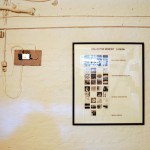 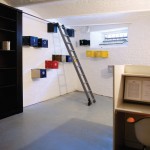 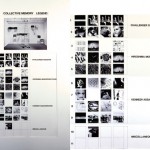 This work looked at the relation between forms of Cultural Memory and Cultural Amnesia as two parts of the same process. Collective Memory was first shown at the List Center of Art in 1991 and consisted of eleven aluminum boxes in which photographs had been screwed to their insides, a library ladder with which visitors to the gallery could slide along the wall to look inside the works and a framed legend which allowed another form of access to the work. The images used were from the Associated Press Archive and were from the following historical sources: 1. The Kennedy Assassination 2. The Challenger Explosion 3. Hiroshima Atomic Bomb Blast. These images were chosen because of their importance as well as their global impact and the attention they stimulated. They were mixed with personally made images of generalized emotive reactions,for instance, children crying. The aluminum boxes were called memory boxes. They were attached to the wall in a prescribed way and color coded according the event they portrayed. Some boxes were left empty or partly filled to imply that history is never really finished and a work of art is never completed.