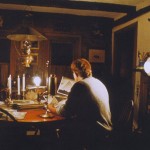 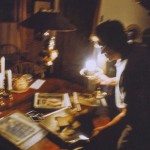 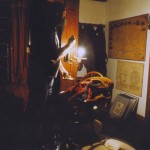 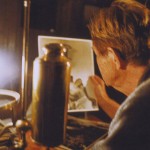 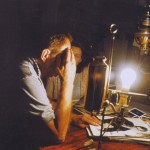 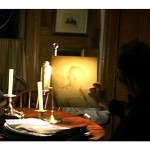 Degas Memory – The Camera is Blind 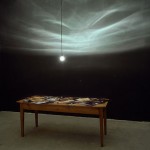 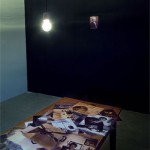 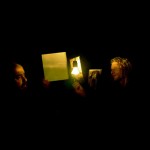 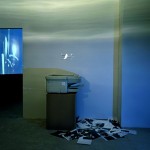 Degas Memory - The Camera is Blind consists of a video and a series of photographs that were presented in an exhibition at the Brandenburg Kunstverein in Potsdam, Germany. In the video, John, a former agent for fashion photographers who has gone blind, recounts the stories that circulate around and through his photographic collection. With only a small island of vision left John must move the photograph in such a way that it aligns itself with the small island of vision left. Once this happens he can know the whole photograph through the memory stimulated by that fragment of the image. As the video proceeds the lighting in the room becomes darker and darker until finally he is speaking through the dark. Laminated photocopies of John’s photographic collection were placed on a table (top) and visitors to the gallery (middle) were encouraged to view the pictures and make photocopies of them to take home (bottom).
«Previous Work
Next Work»