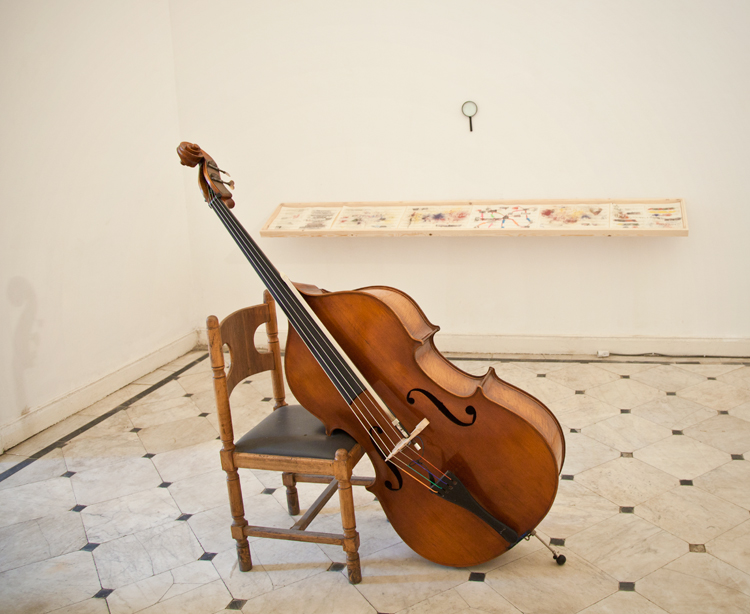 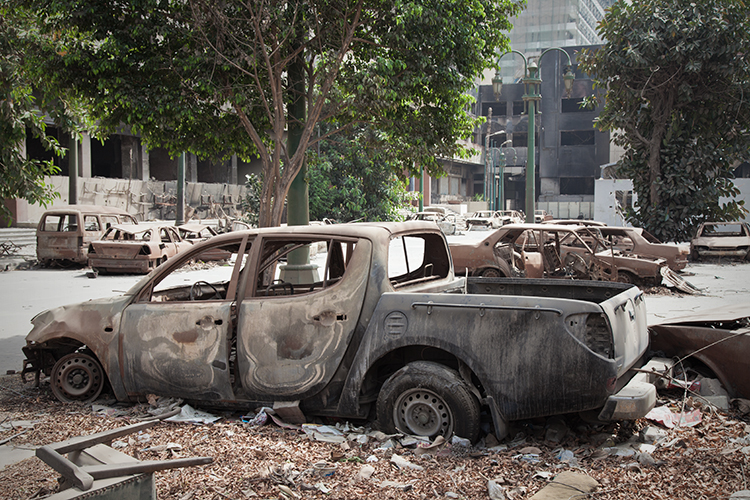 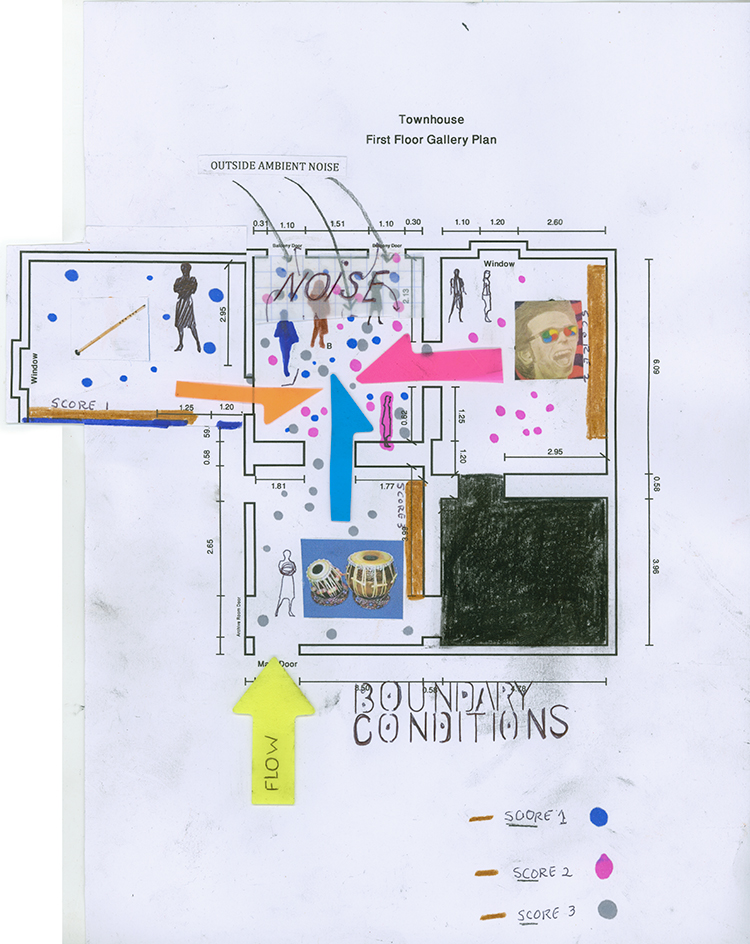 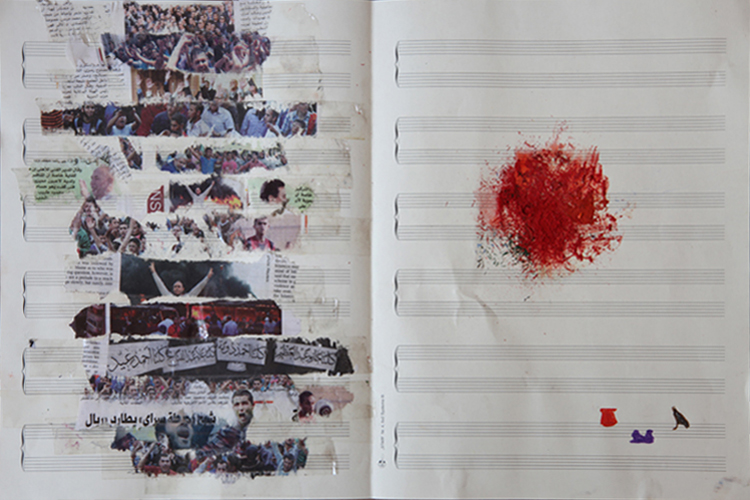 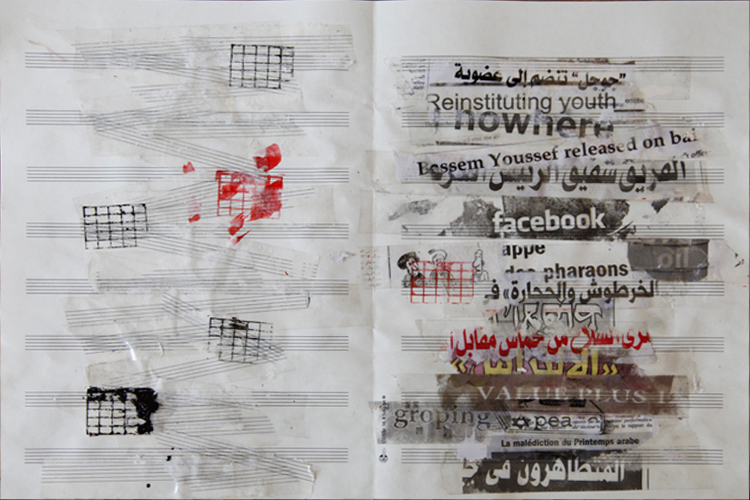 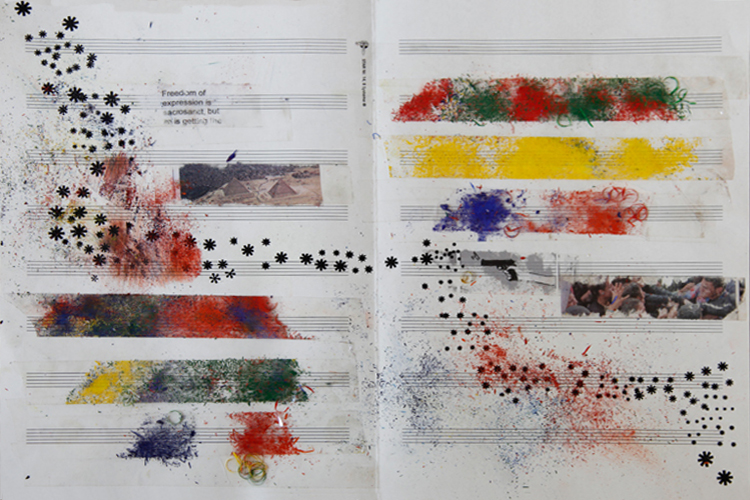 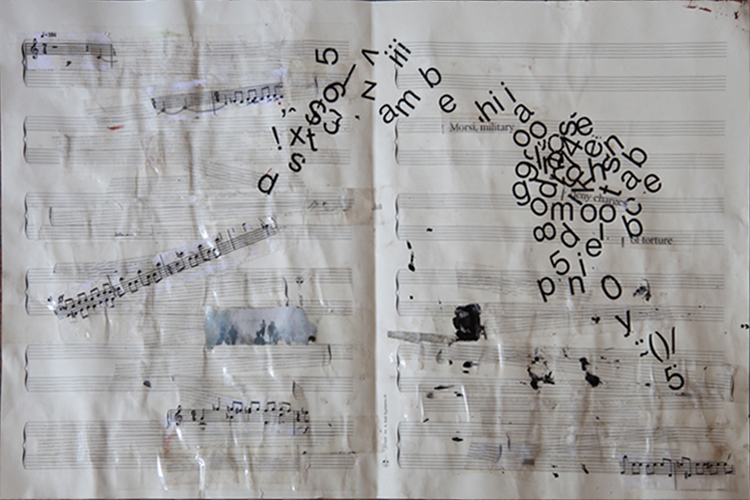 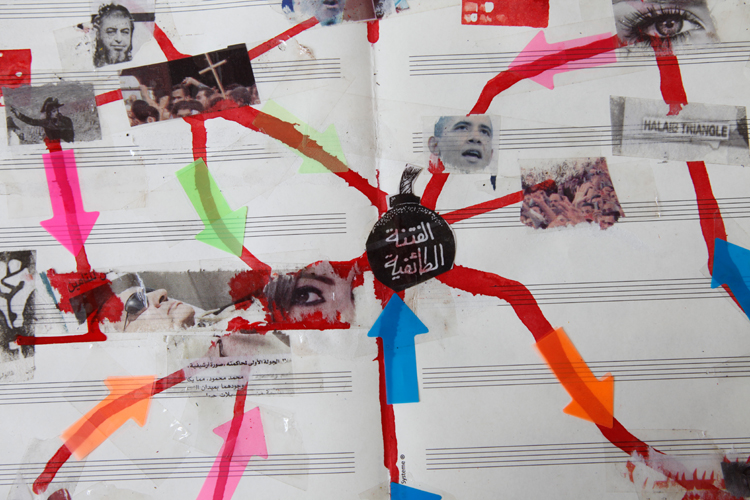 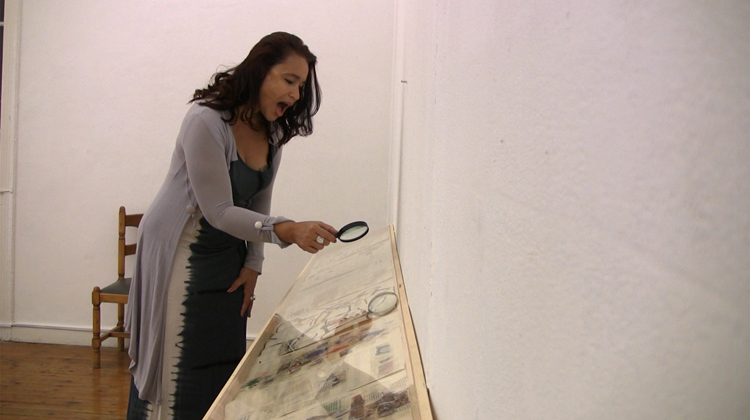 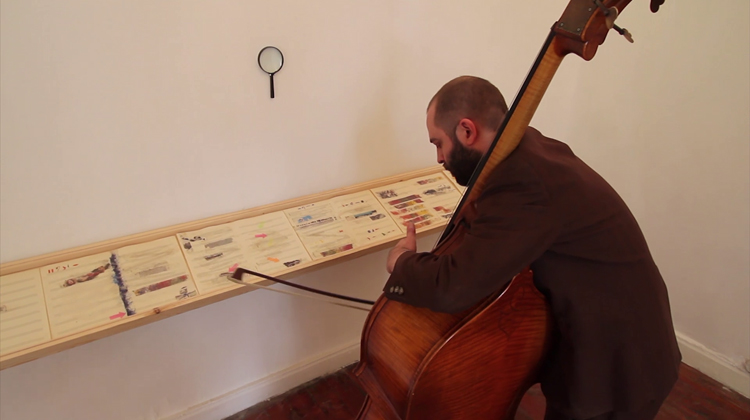 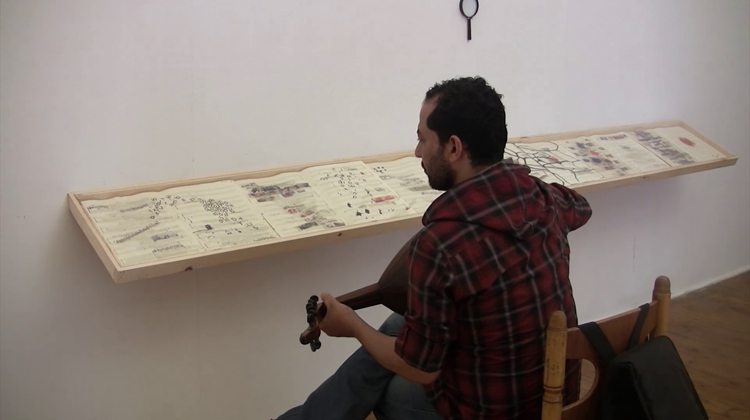 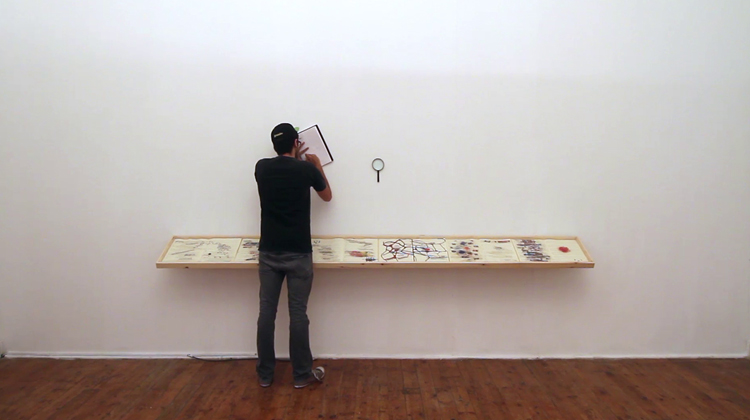 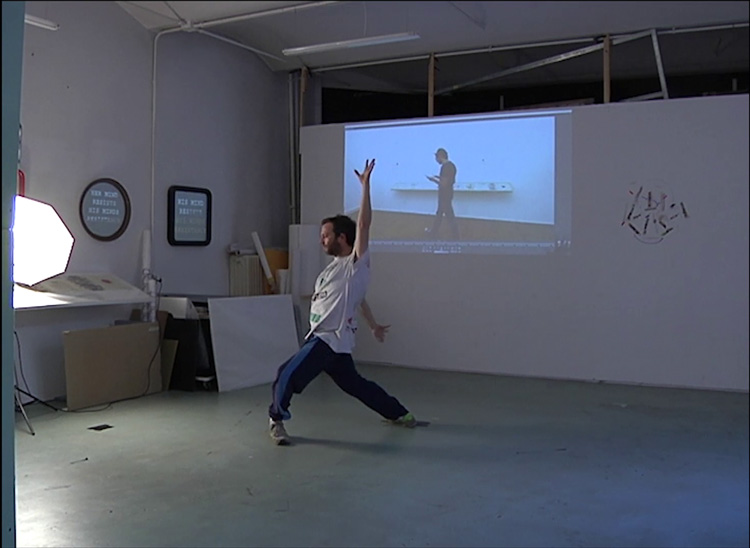 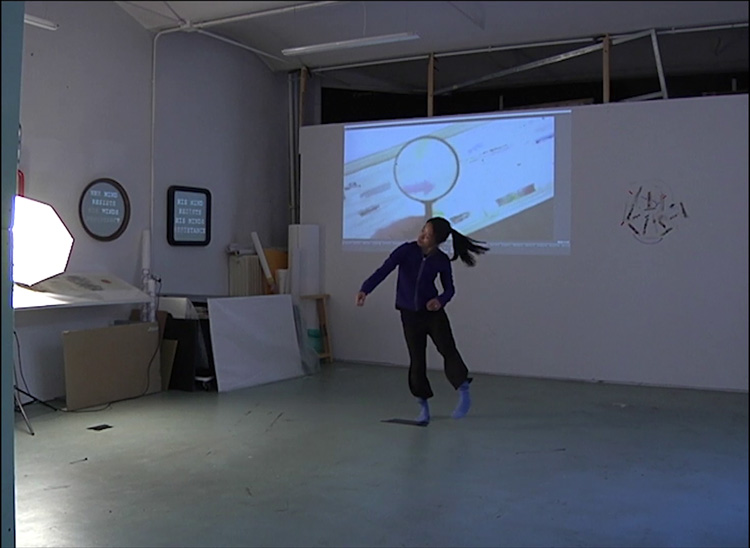 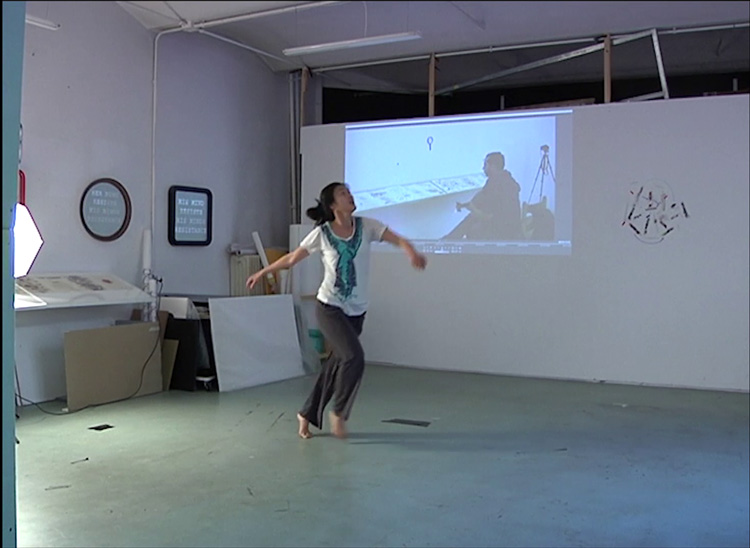 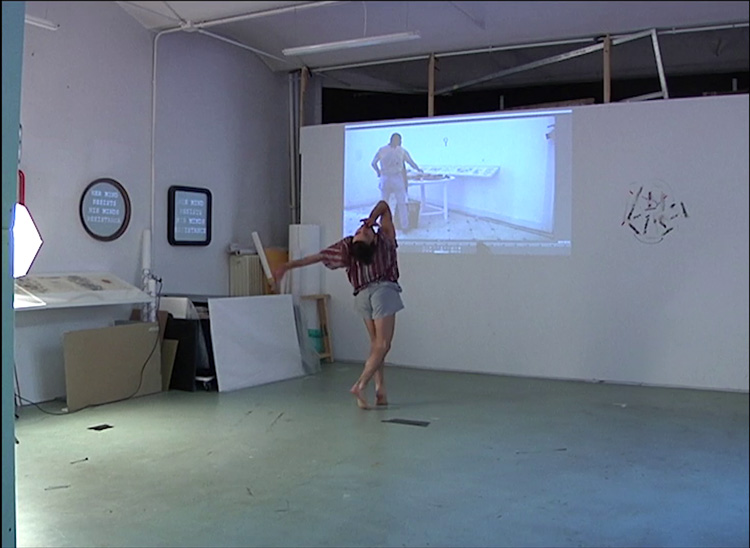 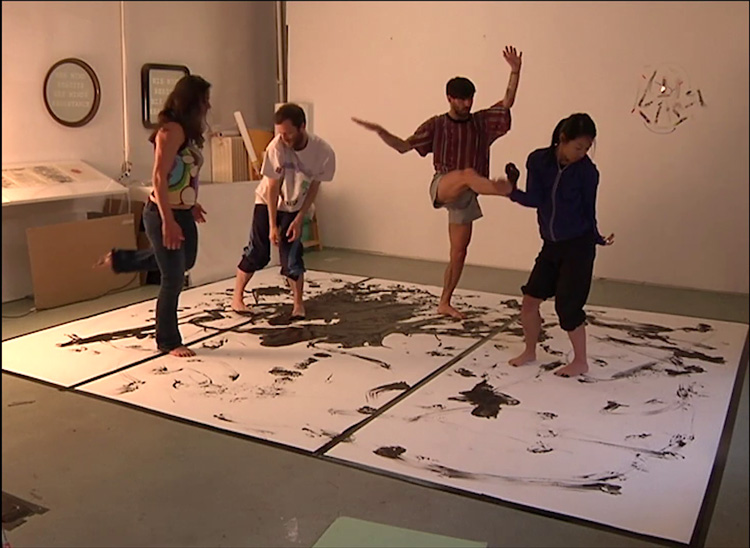 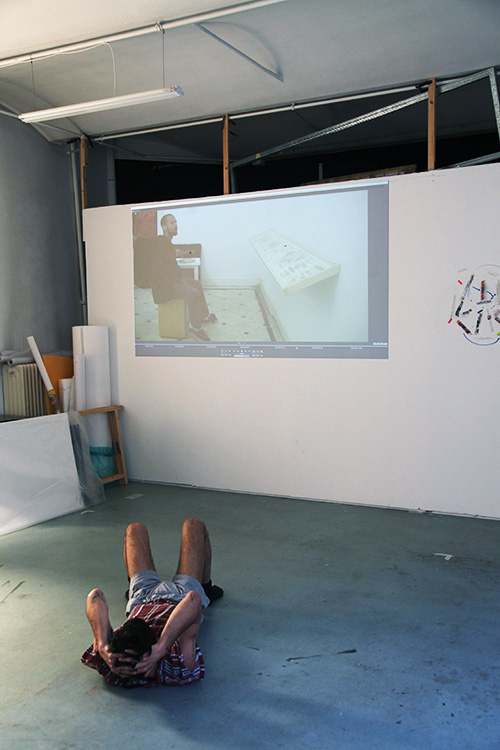 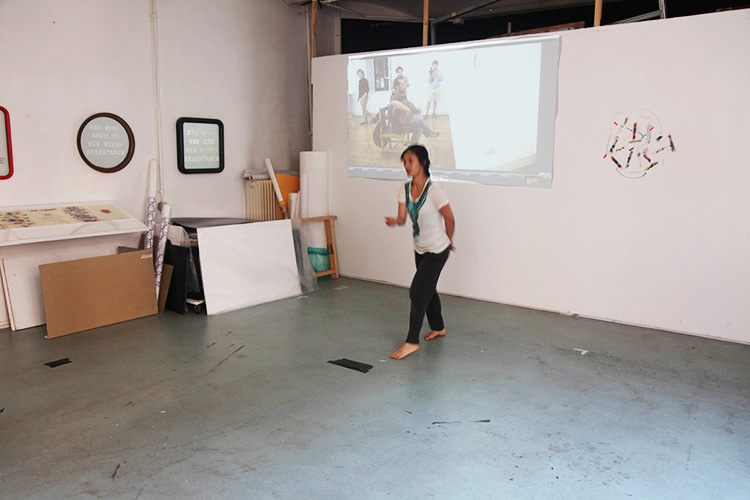 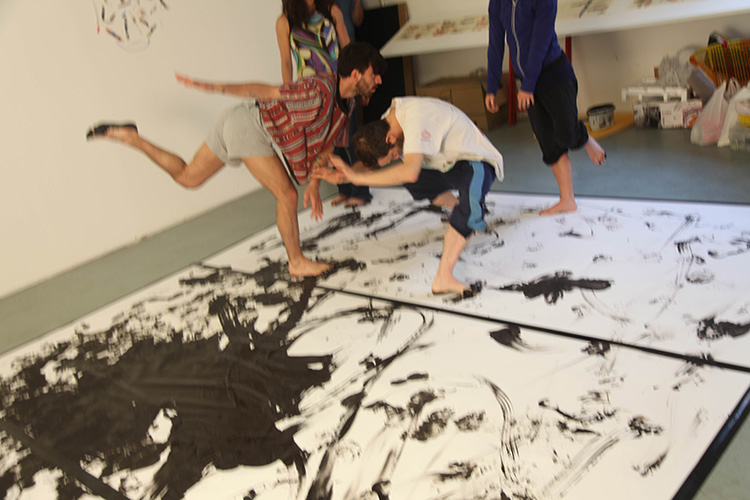 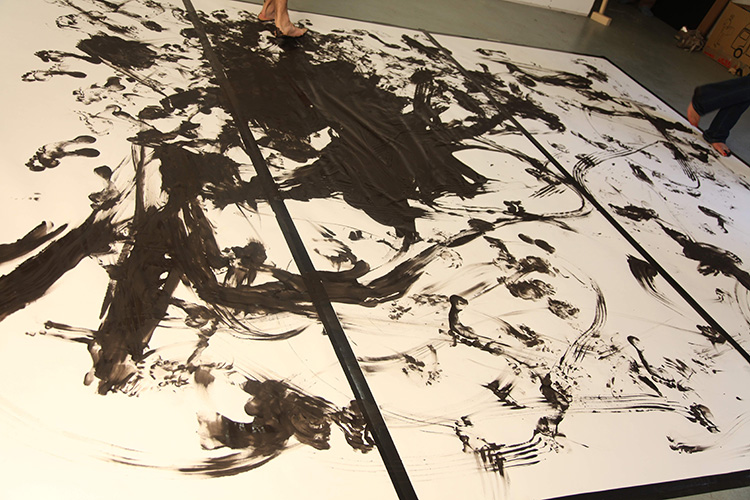 During his month-long residency at Townhouse Gallery, Cairo, Warren Neidich made a series of graphic, abstract musical scores, called graphic scores, that used images instead of notes, based upon found newspaper clippings and bits of text. This material formed a fragmented archive of the recent political events occurring in Cairo branded The Egyptian Spring. These materials are then transferred upon musical staffs with scotch tape, producing a paradoxical and hybrid drawing/score.

These musical staffs become a support system upon which disjointed images and colors are activated. Twenty-two Cairo-based musicians (spanning from classical oud and tabla players to electronic sound artists) were invited to the First Floor Gallery to read and react to these images and texts in an improvisational manner, leading to similarly abstracted, experimental live performances.

They Can't Take It Away From We

They Can't Take It Away From We is a collaboration with the contemporary choreographer Canan Erek (Turkey). As the title insinuates the conditions that inspired the musical performances are now retranslated as bodies in motion. In the second stage of the performance eight international dancers living in Berlin, who were trained in improvisational dance techniques, were invited to Neidich's studio. Each dancer was first asked to listen to one out of the twenty-seven scores recorded during the Egyptian experience. After choosing one of them each dancer then improvised the score with the video projection providing the sound component. Each of the remaining seven dancers followed suit. Then in groups of four the dancers were asked to perform from their memory of the score. Together they danced autonomously on a white sheet of paper in which black paint had been poured in the middle without the sound of the music playing. The dancers were asked to dip their toe(s) in the paint as they danced creating gestures upon the white paper to produce a feral drawing. This white paper is meant to be displayed. Although the performance appeared to onlookers as choreographed it was not.