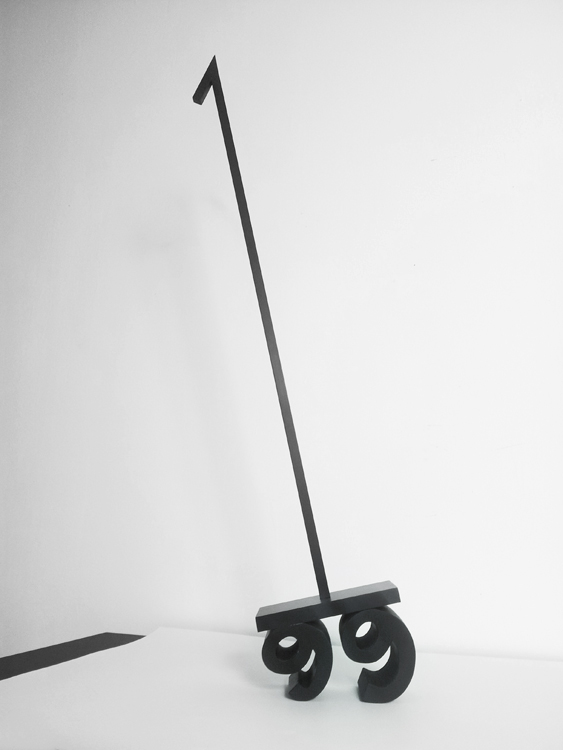 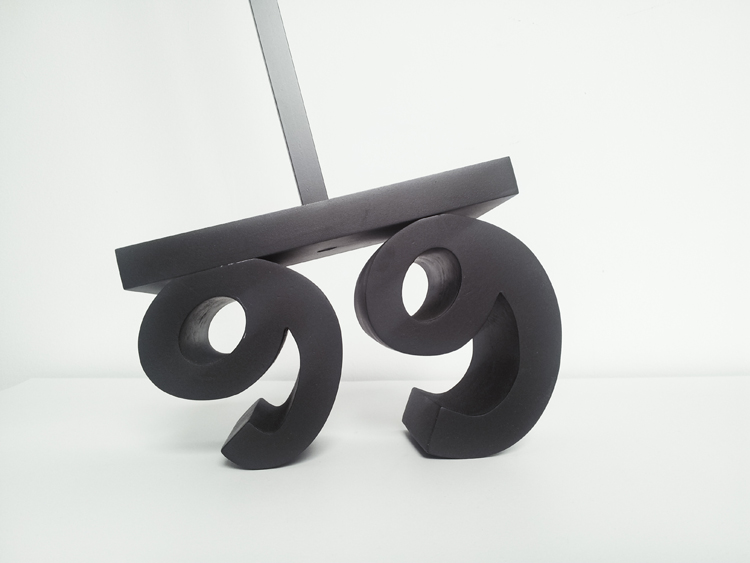 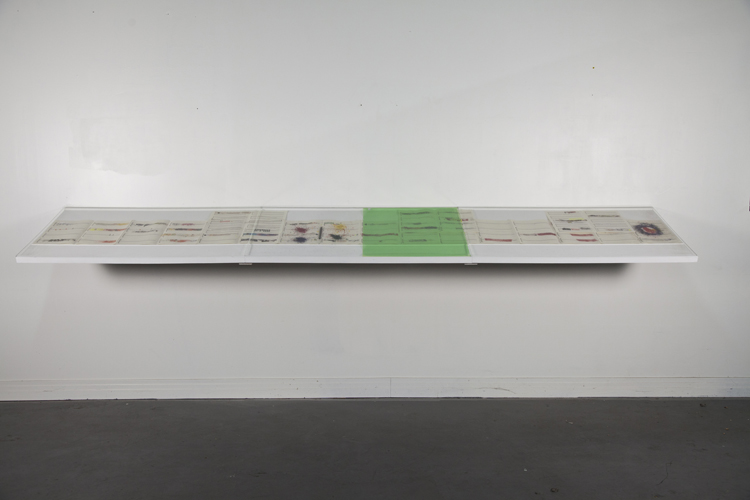 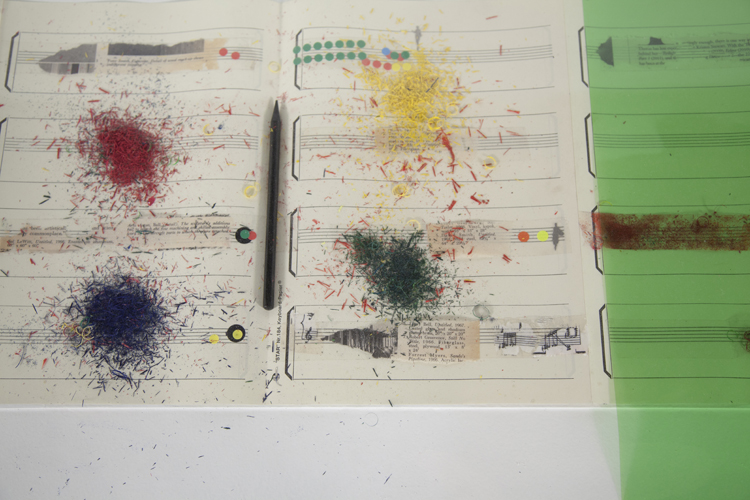 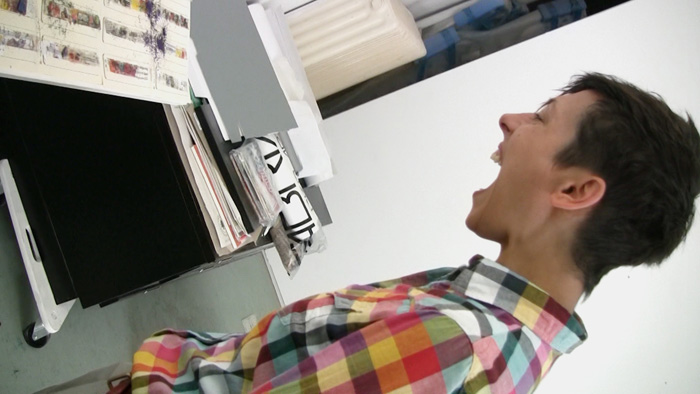 "How Do You Perform a Score That Is Not a Score?" asks the same question: "How do you translate a text that is not a text?" In art before philosophy, as opposed to art after philosophy, one of the purposes of art is to invent new forms of language in the arts, music, poetry and cinema that require philosophy to rewrite itself and its relation to understanding. Only in those cases can art help to reorganize the cultural landscape as well as us. In other words, require us to be something other. A number of graphic scores were created by the technique of transparent adhesive tape transfer, where adhesive tape is used to extract the surface layer of magazines and newspaper images. Ever so delicately, the surface ink is lifted from its mother image and reinserted into another syntax in an alternative context – in this case a musical score. Paying homage to certain techniques and effects of John Cage, the redistribution process was produced in an environment of chance and entropy. When pencil lead shavings were added to the mix what resulted was traditionally unreadable and unknowable works. Could these non-sensical graphic scores be interpreted by contemporary musicians? This work asks that question. Five contemporary musicians perform the graphic score. 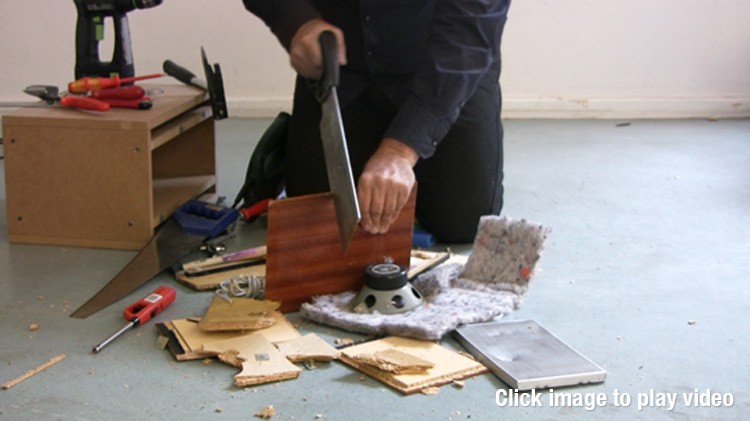 Stereo speakers by their very name imply a double, one and the other. As such when displaced enough in space they create a stereo effect; sound impinges on the ears from different directions creating a more resplendent, rich and whole sound. When those speakers are vintage another conversation concerning one's past, the history of sound, technology and so forth is implied. When superimposed upon these layers one utilizes the strategies of auto-destructive art and noise, a very interesting collage of practices, methods and apparatuses and their lack ensues.

Infinite Replay of One's Own Self-Destruction 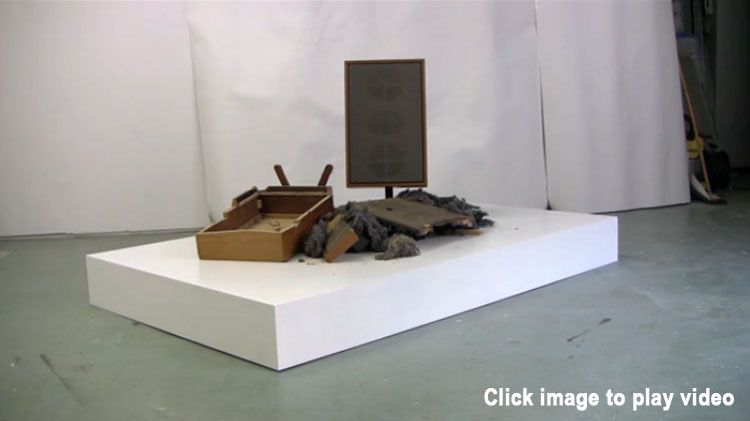 Such is the very essence of this work, which utilizes these various strategies, layered upon each other to create a metaphor about grief and loss. For the stereo speakers can be about brothers, lovers, twins and the destruction of one's mate when it is played back through the mechanisms of the other, and can elicit feelings of loss and emotional spasm. And when an assortment of these whole and broken speakers are assembled in the same space and play synchronously, they emit a very dissonant choir that stands in for a society of loss where each of us relate to each other through a veil of traumatic memories. 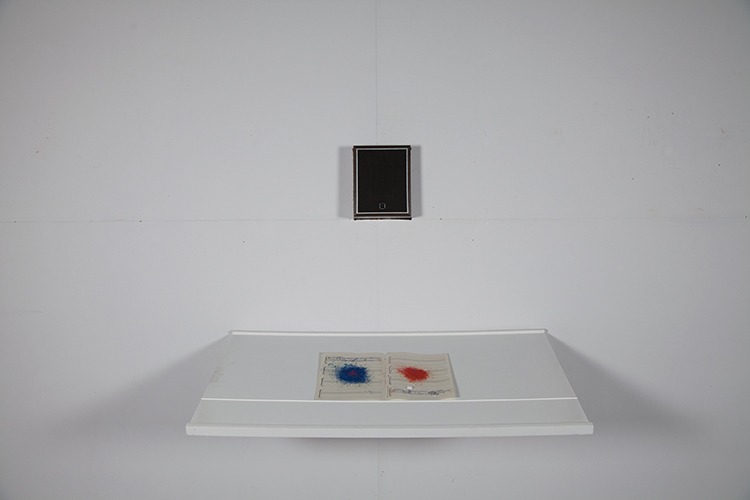 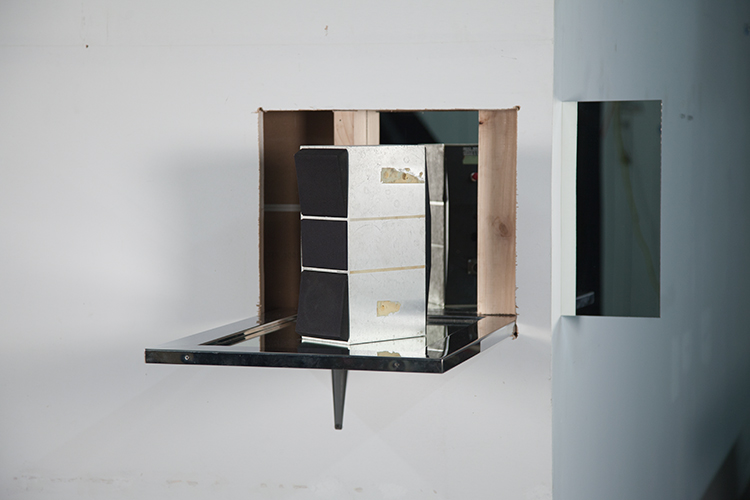 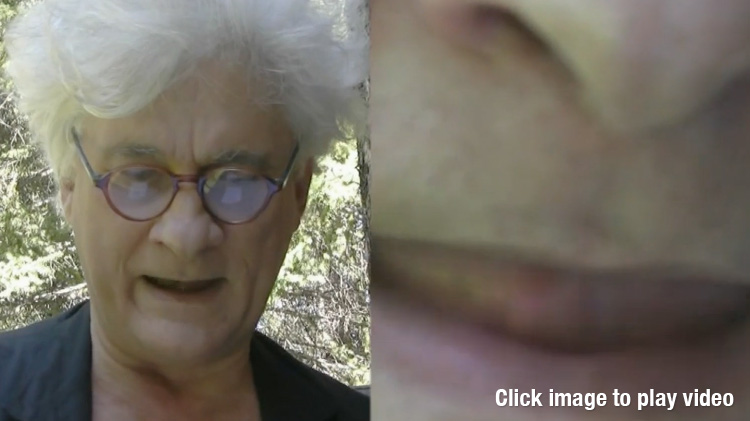 The notable Italian political philosopher Franco "Bifo" Berardi recites a random poem of HTML code twice. First on the left of the split screen the camera maintains its distance allowing the bard to enact the poem, his shock of silver hair melting into the backdrop of tree branches. On the right the camera moves closer to focus in and out on his lips and tongue and teeth to expose the animal nature of a human possessed by our informational culture. The rhythm between the images goes in and out of synch. Directed by Warren Neidich with Franco Berardi.