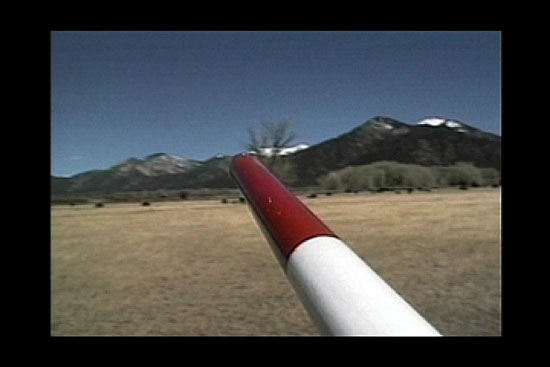 360 degrees documents another performance I did in Taos, New Mexico. In this work I did not blind fold myself; I instead used the cane as a pointer or a kind of imaginary pencil to trace the lines of the landscape and the curve of phenomenological space that surrounded me at the time. I made a full 360-degree turn. In these works I am attempting to produce an alphabet of primary structures.