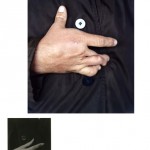 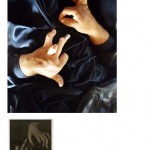 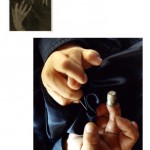 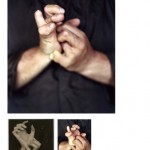 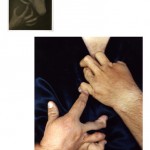 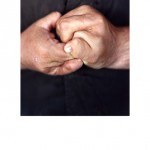 Between approximately 1917 to 1921 Alfred Stieglitz made a series of portraits of Georgia O'Keeffe that in many ways epitomized photography's early contribution to American Modernism. Beauty, balance, and expression were especially apparent in his photographs in which the hands played a central part. In 2004 I was invited by Claire Tisne to her family's Adirondack retreat called Big Shanty. My friend Taylor Spencer was also there. Taylor's hands had been deformed from birth but inspite of this infirmary he was able to produce beautiful paintings. I wanted to do a series of portraits of him. As much of my artistic practice was based on the construction of an aesthetic system based on luck i wanted to explore the sensorial dysapparatus of touch and expression of alterity found in these early modernist images not through the investigation of the ideal but the non-ideal as the beginnings of beauty. Taylor agreed to model his hands for me and we reenacted the poses frozen on the platinum in Stieglitz's images.
«Previous Work
Next Work»